One reason it's so hard to design good distributed software is that programmers must, for lack of a less anthropomorphic term, empathize with multiple processes at once. A CAStor storage node, for example, is not omniscient. It knows only about its own state and enough about the global cluster to operate. Answering even very simple questions like, "How much available storage is there in the cluster?" involves communicating and agreeing with other nodes. From the programmers' perspective, we must imagine ourselves in the place of each of the individual nodes and model, in our heads, what is known and, more importantly sometimes, what cannot possibly be known by each node at each point in the algorithm.

This capability to maintain many different models of what others know, in addition to our own knowledge store, is an amazing feat of the human mind. And we do it all the time. Every conversation you have with another person relies on a gigantic store of knowledge about what she knows, whether she knows that I know she knows it, and so on. But this ability is definitely a higher function of the brain and does not come without some mental effort. 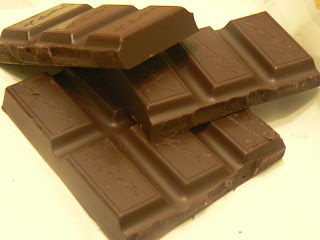 A famous psychological experiment performed by Wimmer and Perner in the '80s shows this mental ability does not mature until fairly late, four years old or so, in a child's life. The experiment that demonstrates this is elegant and simple. Children are told the following story. A little boy named Maxi and his mother return from a shopping trip at which they purchased a bar of chocolate. The mother places the chocolate in a blue cabinet and closes it. When Maxi goes outside to play, the mother moves the chocolate bar to another, green cabinet. When Maxi returns to the kitchen, he decides to have a bite of chocolate. Which cabinet, the children are asked, will Maxi look in to find the bar?

Before the age of three or four years, almost all children will say Maxi will look in the green cabinet, because that's where the mother put it! Proving they have not yet fully developed the ability to model someone else's mind or empathize with another, albeit fictional, person's knowledge base. It may also be the case that this mental ability is lost or stunted as we become old (speaking strictly from personal experience).

So this stuff is hard. It's the difference between teaching someone to dance and choreographing a ballet. CS curricula, by and large, train us to be omniscient, sequential programmers. Perhaps that's why so many otherwise talented developers mistakenly believe every storage node should just know to look in the green cabinet.
By Jim Dutton at 11:59 AM