Do We Have Consensus? 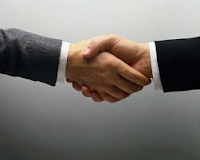 Voting and consensus are at the heart of the Ethosphere. It will be essential to choose the right voting algorithm(s), focus on transparency, and build and maintain a high level of trust in the consensus mechanics. The goal is that every user will come to trust the system so that, even after losing a contentious vote, there is confidence that the outcome of the procedure was, in fact, a true reflection of the will of the team, taking into account the relative reputations of the members.

This will be a tall order, given how little trust there is in the real life voting procedures and mechanisms currently used to decide issues and elect leaders throughout the world. There are major issues, both technical and political, with these real world systems, many of which Ethosphere has a unique opportunity to remedy given the benefits of its smaller scope, electronic nature, and years of research and thinking about the nuances of social choice.

In particular, the Ethosphere improves upon many other social choice systems in at least four major ways:

The single choice, yea/nay votes are the easiest to get right, in so far as the voting algorithm is concerned. Almost any algorithm, including the crusty and hopelessly broken plurality method in use today in the U.S. and many other places, reduces to something that works just fine for single-choice elections.

Multi-choice elections are mathematically and socially more challenging for the voting mechanisms. There is a ton of research and opinion about voting procedures and consensus algorithms, going all the way back to the ancient Greeks and including such luminous names as Plato, Daniel Bernoulli, Daniel Webster, Thomas Jefferson, James Madison, Bertrand Russell, and John von Neumann. Ironically, it seems completely impossible for experts, even professional mathematicians, to reach consensus on what is the best way to reach consensus.

There are literally dozens of different algorithms and hundreds of variations in use today. Rival web sites devoted to one method or another contain pages and pages of calculations, simulation results, and oratory wherein otherwise rational mathematicians and social scientists argue like school girls over who has the cutest boyfriend. But they all seem to agree on one thing: the first-across-the-bar plurality procedure still being used today in many places is one of worst, if not the worst possible choice.

The Ethosphere draws from two of the leading contenders among modern voting procedures: Instant Runoff Voting (IRV) and Range Voting (RV). We will describe each of these briefly in future posts, but if you wish to learn more about them and you don't mind sifting through a whole lot of silly bickering along the way, you should visit www.fairvote.org and www.rangevoting.org which are maintained by the respective advocacy groups.

For both these voting procedures, the ballot is a little different from, and slightly more complicated than, the simple one-chit-for-my-favorite type of ballot we are used to seeing in plurality elections.

These voting algorithms are vulnerable to so-called strategic, or dishonest voting whereby, given advanced information about the relative strength of the candidates, a member can sometimes help its preferred candidate more by ranking them in a way that doesn't reflect the member's actual preferences. Obviously, this is an undesirable characteristic, but unfortunately there is a kind of uncertainty principle for voting systems, called Arrow's Impossibility Theorem which essentially says all voting systems are vulnerable to this kind of strategic voting to some degree at least. In other words, voting theory is a branch of game theory. So be it.

Because of this, the Ethosphere should discourage dissemination of information about a vote's partial outcome before it is closed. In fact, it should not be possible for any member to know who has voted, or how, until the vote is finished and the winner is determined. Of course, this doesn't prevent unofficial, but perhaps accurate, polling of members via messaging or email. Those annoying pundits, pollsters, and prognosticators who hover around real-life elections will likely evolve in the Ethosphere as well.